Tuesday, October 15, 2019
Mary Karr Griffith
Isabella McNeil, a two-year-old girl accidentally ordered a 447.59 dollar, three-piece sofa off or her moms phone. One day, Isabella has requested to “play” on her moms phone. After she was done with the phone she handed it back to her mother and her mother had thought nothing of it. Then a couple of days later, Isabella’s mother received a notification saying her sofa was on the way. At first the mother thought she had ordered it in her sleep, then she remembered she had given it to her daughter just days before. She tried to cancel the order, but she was too late. A couple of days later the Amazon package showed up on her doorstep in a big cardboard box. After receiving the sofa she didn’t want to order, she tried to sell it among her friends so that she could get as much money back as she could. Amazon then offered her a full refund and for her to either keep the couch or donate it. 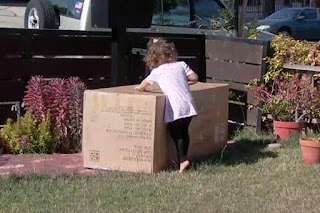