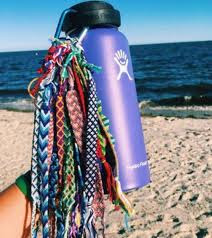 Jocks, Preps, and Geeks. These are stereotypes of people you may meet in high school however now there is a new breed of teen known as a VSCO Girl. The name vsco girl comes from the photo editing app vsco.You can identify vsco girls by their colorful scrunchies, baggy t-shirts, Hydroflasks, Burtsbees chapstick, puka shell necklaces and will be seen wearing Crocs or Vans. Vsco girls take interest in bracelet making and photography,they are also known for saying things like “an i oop” and “sksksksksk”. The first generation of vsco girls were born in 2004-2005 and are freshmen in high school now. There isn't a lot we know about vsco girls but we are excited to watch them evolve.