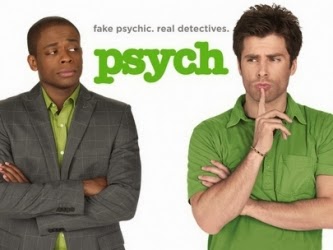 It was announced recently that the long running USA comedy-drama "Psych" will be running its last five episodes starting next month. The last episode, airing on Wednesday, March 26, will be the last installment in the eighth and final season of the television show and, though the cancellation was sudden, is hoped to wrap up the hit comedy, leaving no loose ends.

Averaging millions of viewers per episode last year, and receiving critical acclaim since its pilot episode aired on July 7, 2006, Psych has seemed to fly under the radar in the list of prime time TV shows.

For those who are not familiar with the show, "Psych" is about Shawn Spencer, a fake psychic, and his best friend and partner, Burton Guster, and their many adventures investigating high profile cases for the Santa Barbera Police Department in southern California. Shawn uses his skill of hyper observance to fool the police department into believing he has a “special psychic gift.”

Shawn’s father was a detective for the same police department during Shawn’s childhood and drilled into him his ability to see things that most people cannot. While the hilarious duo solves crimes, the banter and long running gags never end, often annoying suspects into confessions.

Along with international distress, school-wide distress over the news of Psych’s cancellation is evident. Upon hearing the news, Junior Halston Brown said, “No! My life can’t go on!” while senior Eva Gordon said, “I love the show and as long as the episodes are still on Netflix I think I can cope. But not being able to see new episodes every week is going to be hard to get used to.”

With a seemingly unchanged cast since its first season and a classic opening theme song, "Psych" will be missed locally and worldwide and, though its demise is premature, it will not be forgotten as a cult TV hit.