The beautiful existence of Wildlife 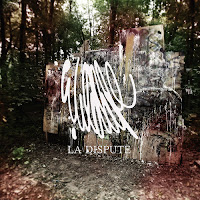 by Josh Royce
Sometimes, a band can change everything. The listener’s thoughts can be provoked, the genre can be bent and twisted to become something new, and boundaries that most artists wouldn’t touch can be pushed. Most bands don’t understand that they have the power to create not only a great album, but an experience that many can hold onto and cherish. La Dispute did just that.

“Wildlife,” their latest release, is not a normal album; it’s a documentary, a diary, a story even, one that is plagued with trauma and misery, while at the same time displaying every emotion that our fragile bodies could ever endure.

Branching off from more than just relationships and heartbreak like their past releases, “Wildlife” sets La Dispute apart from any band that has ever tried to tell a story. Really with an album like this, it’s hard to even consider them artists rather than lost poets with music fueling their emotions.

There are many different ways someone can interpret this album. Personally I believe each individual can take something to heart with just one listen. New stories to hear listen after listen; this is the experience one goes through with “Wildlife.”

The story starts with a man, torn apart by the absence of his lover. Everything reminds him of the past he shared with her, and the love he used to hold for her. He’s so defeated by his feelings for his lost lover that he decides to leave behind everything. His home, his city, his friends, and everything that could possibly make him think of her. He leaves to visit other places and sights he’s never seen before, in hopes he may find a place to start over.

Along the way, he documents his feelings as he leaves behind all his other loved ones and his things. He writes down all the depressing sights he sees, notably a church that used to give hope to a now abandoned town, which is now a worn down building offering no refuge.

Not only does he see new places, he meets new people. People who have lived lifetimes and been driven to the most extreme situations a human could be put through. This is where La Dispute shows what avid storytellers they are. The lyrics that describe some of these situations are so brutally real, it can make you feel like you are there.

Our broken character first witnesses a drive by shooting where a local gang shoots a young kid accidentally in an attempt to take out a gang rival. We then are put up to the task of listening to the gossip of the townsfolk, the weeping family of the young boy, and the almost suicidal feelings our character has as he wonders what it would be like to be on the same end of a gun as that child was.

We then are sent to a hotel where the shooter is holed up. He’s only 20. The police are confronting him from the other side of the door while his uncle is begging for him to give up. The boy is scared on the other side, holding the same gun he shot the victim with. He’s screaming, “Can I still get into heaven if I kill myself? Can I never be forgiven cause I killed that kid? It was an accident I swear it wasn’t meant for him.” We are left to assume what happens next.

We then see that our character has come across a man on the side of the road who asks for help putting up a door frame at his house. The mans name is Edward. The two have countless conversations while doing this, and Ed starts talking about how he’s fixing this house up for his son who is schizophrenic. It turns out many years ago, Ed’s son had went through a horrible breakdown because of his illness and in a fit of rage locked his mother out of the house and began stabbing his own father.

Ed was rushed to the hospital where he was barely breathing. His wife and daughter were by his side, while his son was taken away to be examined for mental problems. Ed has since recovered and lives happily with his family, including his son. However, we are given a moment to realize the pain and devastation one must live with knowing they had nearly killed a family member in such a horrific way.

Finally, our character comes across a young couple who have been through so much with their small family. They had a child, a boy of 7 years who was plagued with cancer. We are treated to handwritten journal entries from the boys’ mother and father that describe the boys’ treatments and his behavior. They describe his resilience to the sickness taking hold and how incredibly strong this little boy is. They show how soon the boy could find happiness in playing in the backyard, even when he was months away from death. They also show the family giving up hope and losing touch with the world around them as he progressively gets worse.

The entries end with a writing of how they had to bury their son, but they will live to be hopeful for they believe their boy to be stronger now, having a whole new body up in heaven with the lord. They talk of how they almost lost their faith through this incredible struggle, and how everyday they blamed god for this disease that ate away at their family. Our character breaks down and wonders how the family ever had the strength to push through something as devastating as losing a son. He takes time to reflect on his own loss.

Finally, finding time to think by himself, our character engages in an argument with himself. Debating whether or not his loss is comparable to the suffering of others. Whether he’s worthy to dwell in the misery he inflicts upon himself while others have packed up, and moved on with their lives through incredibly difficult struggles.

Upon reflection, our character decides that the memories he has of his lost lover are the only thing that is keeping his now broken heart beating. He announces “Until I die, I will sing our names in unison.” Declaring he will never be rid of the burden of his loss. We, as the listener are left to decide whether this decision is made in righteousness, or guilt. And here, our story ends.

Now, including the musical prowess of a band that has influences that range from the heaviest of hardcore and punk acts to the softest of ambient noises, this album is not only top notch in story telling, but a first hand account of how diverse artists can be these days. Jordan Dreyer, the lyricist and vocalist here, puts forth so much emotion and presence in his voice; you’d think he’d have to get into character before recording his raw voice.

La Dispute spent half of last year and the first half of 2011 recording this record. Making sure pieces fit together and flowed in a way that would help benefit the immense power behind this story. And truthfully? The music only helps the concept show itself.

Behind thunderous drumming, and vibrantly creative guitar tunes and riffs, you’ll be humming parts of this album for a while. And despite the fact that the lyrics are very emotionally driven, considering Jordan has harnessed an “almost screaming while still singing” style, it’s cleverly catchy in places where it needs to be.

By far this is an album that any fan of music or storytelling needs to experience. La Dispute has shown that they are more than just a band with a message; they are part of a form of art that as shown through their hard work, can again change everything.