They do what they want 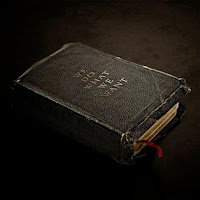 by Johnny Matthias
In a sea of similar acts it’s hard to find something in music that’s different; Emery’s “We Do What We Want” shows us something completely new and fresh.
When listening to the new release the first time around, it’s easy to find its originality.

With its in-your-face breakdowns, poppy choruses and deep Christian-based lyrics there’s a lot to hear in each song. The variety the band holds is just one part of their unique sound. The screams done are very raw and powerful, the singing is very calm and clear and musicianship transcends through genres left and right.

The first song, “The Cheval Glass”, is more a straightforward kick in the teeth while the song “The Curse of Perfect Days” is a freeform song that starts like a ballad and progresses into a heavier nostalgic rock song. Some of the lighter tracks include “Daddy’s Little Peach”, a rough, jazzy song and “I Never Got to See the West Coast” an emo ballad, and “Fix Me” (written by former band mate Devin Shelton).

Emery’s lyrics are closely tied with their belief in Christianity and lives at home. The band’s lead vocalist and bass player Toby Morell states that “I think this is our most personal, spiritual album."

"We Do What We Want" came out in stores yesterday so make sure to check it out!
Posted by Shark Attack