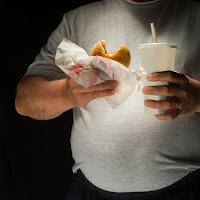 By Jake Wentz
It is a widely known fact that America is in an obesity crisis, and the country has been called the “worst-eating” nation in the world. “Childhood obesity” in particular has become a buzzword in the media.

Students hear it all the time in the news, on TV, and even right as they are reading about it. Although most of what students hear is negative, there is some recent news that could provide some answers and solutions.

Scientists are now able to say that among the many genes linked to obesity, one in particular is standing out – FTO, which is the fatty-mass and obesity promoting gene. This gene is said to cause wider hips, higher body fat, and an extra 3 to 5 pounds.

These new findings are said to be more common in today’s births than ever, and that children from the year 2005 to today have a much higher chance to be over-weight.

The good news, however, lies with ways scientists are finding to beat this gene. What we are hearing is that this gene isn’t like those for hair color or skin tone, it isn’t so “overbearing” and uncontrollable.

The key is exercise, and this has been said over and over again, but it still goes back to basics. Such things as jogging, walking, or simply being active for an hour a day can alter the effects of the FTO gene.

These basics may be common knowledge, but there could be more done to help encourage fitness. At St. James, it is obviously mandatory to pass PE 1, but most of the other PE courses are taken by kids who are already in shape. That good, but some of the coaches would be happy to help students struggling with weight.

In conclusion, the new findings about the FTO gene and the same old preaching about being active for an hour a day all relate to a very real problem. All students can show support and encourage good habits, but it’s up to parents and students themselves to live healthy lives for the future.